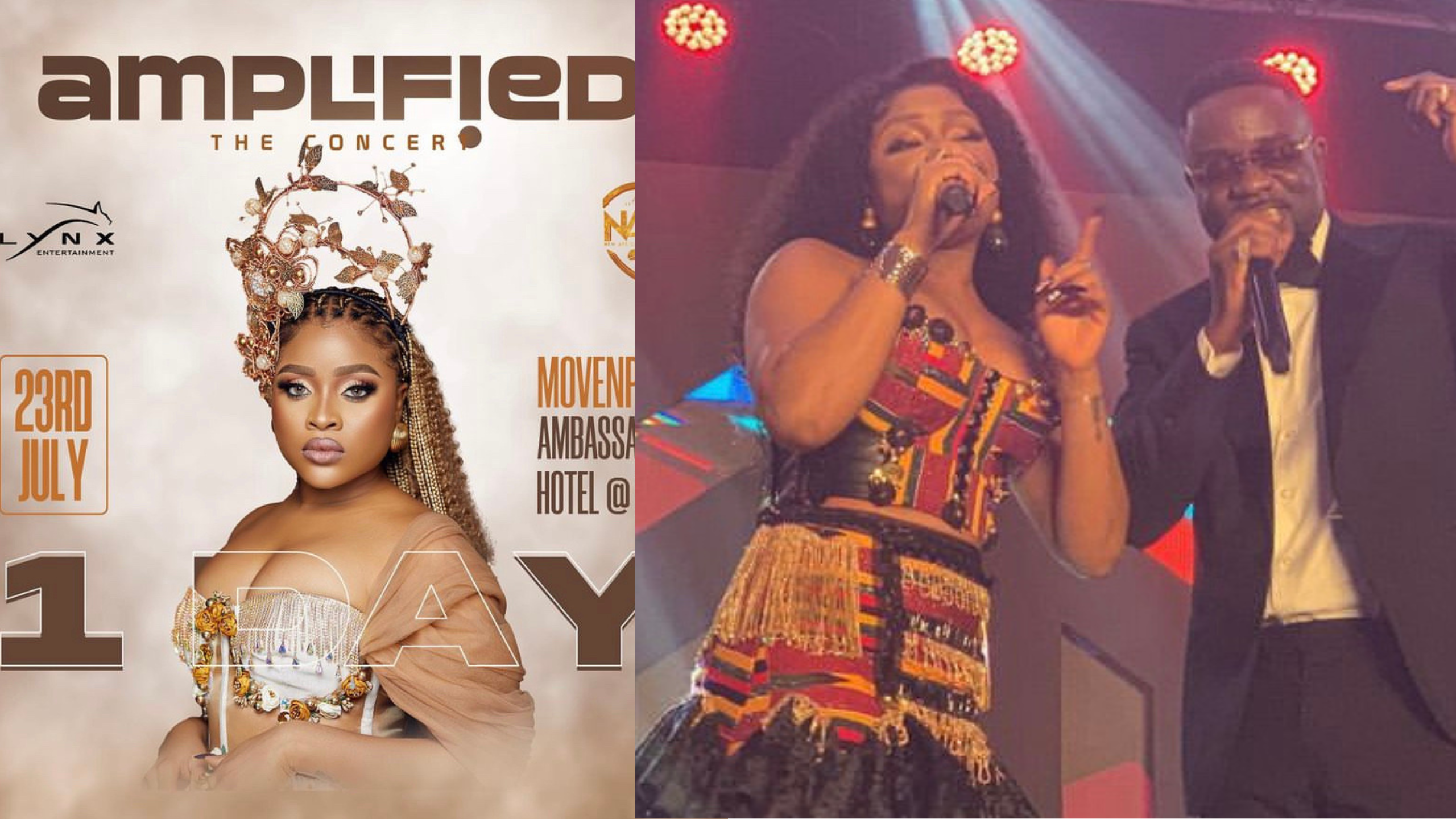 An invite to a Lynx entertainment event is an all pass to the plethora of stars under the star-making agency. The night at Movenpick hotel was nothing short of room of stars with Adina Thembi shining the brightest.

Before delving into the intricacies of the show, let me just say the details and respect for time at this concert left most patrons in awe! 10:30pm and it was a wrap! The one woman show begun at about 9 pm with no opening act, but the Superstar owning the stage with back to back hit performance and guest stars for an hour and thirty.

First of, Adina’s intentional inculcation of fashion in her brand is one that was also amplified on the night with her beautiful kente one piece mini dress with colors that agreed with the flawless skin tone of the artist.
Adina’s energy on stage from the beginning to the end was unwavering as though she’s been jogging and building her stamina months ahead of the show. The first 20 minutes of the show was about dancing, laying her danceable hits as we soaked it in.

The loyalty of the true Adina fans in the space was also tested when she time traveled with the audience from her earliest hit song like Let me go.

Also, through her performance of Daddy’s little girl, Adina tells a beautiful story about the missing space in her family photo which got her tearful on stage.

The peak of the excitement was when unexpected artists joined Adina on stage to enthrall the audience, beginning with the ladies’ man Kwabena Kwabena. His sudden appearance opened the flood gate to more surprises like Trigmatic, Kidi, Kuami Eugene, with the height of it all being Sarkodie and Stonebowy. About 30 minutes of pure goodness, never knew I loved surprises that much, call her Araba Santa!

The dancers, the band(patch bay) , lights, and the intermittent stage props ad aesthetic made Araba Amplified concert a night to remember!
A 10 by all standards! Congrats to Lynx and the team.

Ghanaian Music Duo, Brada Yawda, Ended 2022 With A Philanthropic Act at A Children’s Ward In Kpando.